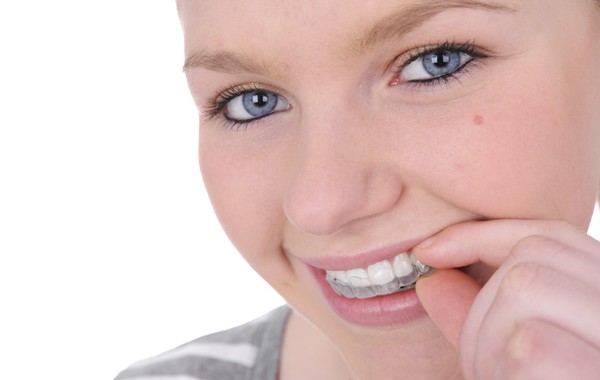 St. Paul, MN – As teenagers everywhere prepare to head back to school, many will be focusing on the status of their smiles.

“Teens who have crooked teeth or bite problems may find it difficult to fit in,” says a St. Paul-Minneapolis Orthodontist. “Image is so important at this age, and traditional braces may not be the answer.”

Your ORTHODONTIST is referring to the clear braces technology known as Invisalign.

Using a series of dental aligners that resemble at-home teeth whitening trays, the technology can straighten a teen’s smile in just a few months without resorting to traditional metal braces.

While crooked teeth can make it hard for teens to fit in with their peers, conventional metal braces may not help to make the situation any better.

A study by Kelton Research showed that over half of teens surveyed felt that metal braces would make them more self-conscious, and a whopping one in two teens would stop smiling altogether if they were forced to go the traditional route.

“Invisalign presents the best of both worlds,” says your doctor. “Teens can smile knowing their aligner trays are nearly invisible, and all the while their teeth will be moving into position, giving them the beautiful smile they so desperately want.”

Your doctor adds that because the aligner trays can be removed at will, teens can take them out for special occasions like sporting events, music concerts, and class photos.

The aligner trays are required to be worn from between 20-22 hours per day, but they can be removed for eating, brushing and flossing.

“Not only can Invisalign improve a teen’s gums, teeth, and smile, contributing to fewer dental problems down the road, but there’s also that boost of self-esteem that comes with having a beautiful smile,” your ORTHODONTIST says.

The statistics agree. According to the latest studies, teens are 68% less likely to be teased when wearing Invisalign, and those who do wear the clear aligners trays are twice as likely to experience a boost in self-esteem during treatment.

What’s more, traditional braces tend to restrict the quality and audibility of speech, while Invisalign patients don’t tend to have that problem.

“Students will not only fit in better with their peers, but they’ll have a better time in the classroom, which can contribute to learning,” your doctor says.

The duration of Invisalign treatment is also shorter than that of traditional braces. While metal brackets can take two or more years to straighten a teenager’s teeth, most Invisalign patients are only required to wear their trays for 9 to 15 months.

About Us: Your doctor is a board certified Orthodontist and an active member of several organizations including the American Association of Orthodontics and the American Board of Orthodontics. Using the latest Orthodontic technology, such as Invisalign for Teens, your doctor strives to provide a caring, trusting and fun environment for every patient that sits in her chair.