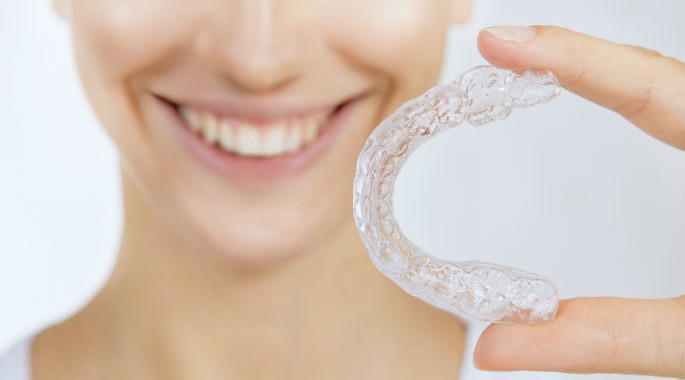 With Invisalign, a patient will don a set of plastic trays, which gradually move teeth into position over time. While the trays may appear nearly invisible, some patients think that by wearing them, they may have to forgo dating altogether.

Your ORTHODONTIST one of the premier Invisalign Orthodontists in the St. Paul/Minneapolis area, disagrees.

The statistics tend to agree. A study commissioned by Invisalign titled Singles & Smiles showed that a staggering 92% of participants surveyed felt that mouth-related traits were a major turn-off when considering a romantic partner, with more than one-third citing crooked teeth as the primary culprit.

Here are more tips from an ORTHODONTIST to help Invisalign patients find the one while straightening their smiles.

While on a Date, Keep The Aligners in Place

Invisalign aligners are not only virtually transparent, but they are also removable.
Each aligner tray is designed to be worn 21 to 22 hours per day for a duration of 300 or more hours. Any deviation from that amount and the trays may not work as effectively.
Treatment may also be extended. Most patients require a treatment period of around 18 months, which is a far cry from traditional braces which require two or more years to straighten teeth.

Your ORTHODONTIST says that some patients may wish to take their aligners out for a date. But according to the St. Paul Invisalign specialist, this can only hurt in the long run.

“Even the rare occasion of taking the aligners out can hinder treatment,” your ORTHODONTIST says. “That’s why I encourage my patients to tough it out, keep those aligners in, and wear Invisalign proudly.”

She wants patients to think about it this way: If the date goes well and a relationship forms, the person is going to know about Invisalign sooner or later. And confidence is appealing, which means that showing off the aligner trays with gusto may help cupid’s arrow find its intended mark.

Take Invisalign Out to Eat, then Brush

The only time Invisalign wearers are required to take the aligners out is to eat meals.
The good news, according to your doctor, is that wearers won’t have to worry about what foods they can and cannot eat while on a date.

Unlike traditional braces where patients are restricted from eating certain foods, from crunchy apples to gooey caramel, Invisalign wearers can eat anything they want, as long as they take their aligners out first.

Then, before putting the trays back in, she urges patients to brush vigorously.

Invisalign patients are required to brush after every meal, including snacks.

“Brushing several times a day keeps the teeth clean, and the patient is less susceptible to cavities and decay. Brushing also keeps the Invisalign trays from staining.”

By keeping the trays clean, they will remain invisible, allowing the person who’s wearing them to feel confident in any situation, even on a date.

In an attempt to relax during a date, it’s common for a couple to want to add a little liquid courage to the mix. But your doctor says that Invisalign wearers should be careful about what drinks they consume while wearing their aligner trays.

Alcoholic beverages, including beer, can stain the aligners, turning them from clear to a shade of yellow or brown. As long as the aligners are taken out, any liquid consumed shouldn’t be a problem, with red wine being the prime exception.

If it stains your tongue, it will probably stain the aligner trays.

Your doctor urges Invisalign wearers who wish to drink alcohol to rinse with plain water before putting the aligners back in. Doing so should help to alleviate any staining that may occur.

The Orthodontist hopes that these tips will help daters with Invisalign feel better about themselves. With Invisalign representing a person’s dedication to self-improvement, and with all the brushing to keep the teeth clean and breath fresh, a patient could actually be improving his or her attractiveness, which is a very good thing when it comes to dating.